Microsoft has announced the new version of Windows yesterday and with it was also announced a new native integration for Microsoft Teams in the operating system.

With Windows 11, chat, calling and video conferencing will be just one click away and you will be able to connect faster than ever with the people you care about. 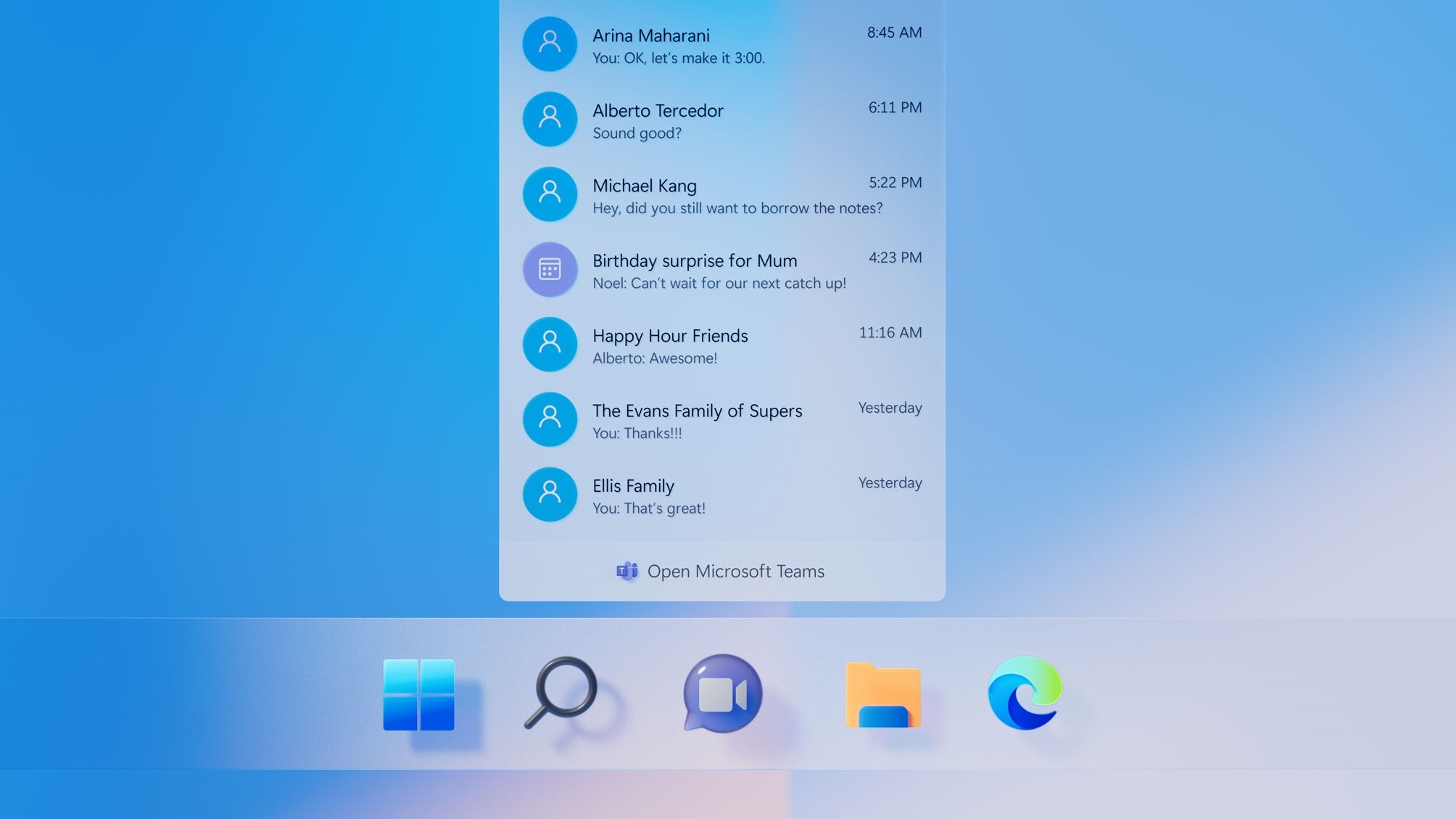 With this new feature Microsoft gives another big step to disseminate the use of Microsoft Teams not only for work but also for personal use to connect with friends and family.

Below you can read the official note from Microsoft about this feature and also watch Panos Panay introducing it for the first time.

With Windows 11, we’re excited to introduce Chat from Microsoft Teams integrated in the taskbar. Now you can instantly connect through text, chat, voice or video with all of your personal contacts, anywhere, no matter the platform or device they’re on, across Windows, Android or iOS. If the person you’re connecting to on the other end hasn’t downloaded the Teams app, you can still connect with them via two-way SMS.

Windows 11 also gives you a more natural way to connect with friends and family through Teams, allowing you to instantly mute and unmute, or start presenting directly from the taskbar.

With the new Windows 11, Microsoft Teams 2.0 will be also released. According to some tweets published after the event, the Teams client will no longer use Electron and will instead Edge Webview2 reducing the consume of memory in half and enabling the long waited multiple account scenarios.

Microsoft Teams will be directly integrated as part of Windows 11 https://t.co/PqCW9SsYfZ via @Verge //We have worked day and night in the last 6 months to make this happen. This was a moonshoot. Today it becomes real

With this change, we are taking a major step in #MicrosoftTeams Teams architecture. We are moving away from Electron to Edge Webview2. Teams will continue to remain a hybrid app but now it will be powered by #MicrosoftEdge. Also Angular is gone. We are now 100% on reactjs

We are also on apollo graphql. And we are going to continue to contribute back to apollo, graphql, reactjs, chromium. This is also a fundamentals first effort for us. Teams 2.0 will consume half the memory of the same consumer account on Teams 1.0

Lastly, this architecture will help us add support for multiple accounts, work life scenarios, release predictability, and scale up for the client. It will be a journey but with #Windows11 we have taken key first steps.