The script editor web part was kind of a super hero in the classic SharePoint, with a few clicks it allowed content creators to build web parts and to embedded content from the web.

This awesome web part is back and ready to spread the magic as an app in Microsoft Teams.

The modern script editor app is not provided officially by Microsoft, it was developed by Mikael Svenson and is available as an open source project part of the PnP initiative.

How to install the Microsoft Teams script editor

As an open source project you can download the script editor project from GitHub and compile it. If you don’t know how to do it or simply don’t have time I already did it and you can get the installation package from here.

Even though this article is only targeting Microsoft Teams it needs to be installed from the SharePoint global app catalog doing the following:

How to use the script editor on Microsoft Teams

The script editor can be used for a variety of things but one that comes immediately to my mind is embedded other applications as tabs. This is handy for things like Weather widgets, Google Maps, Twitter feed among others.

To embedded your code as a tab in Microsoft Teams do the following:

The following code will create a responsive weather widget for New York as the image below it demonstrates. 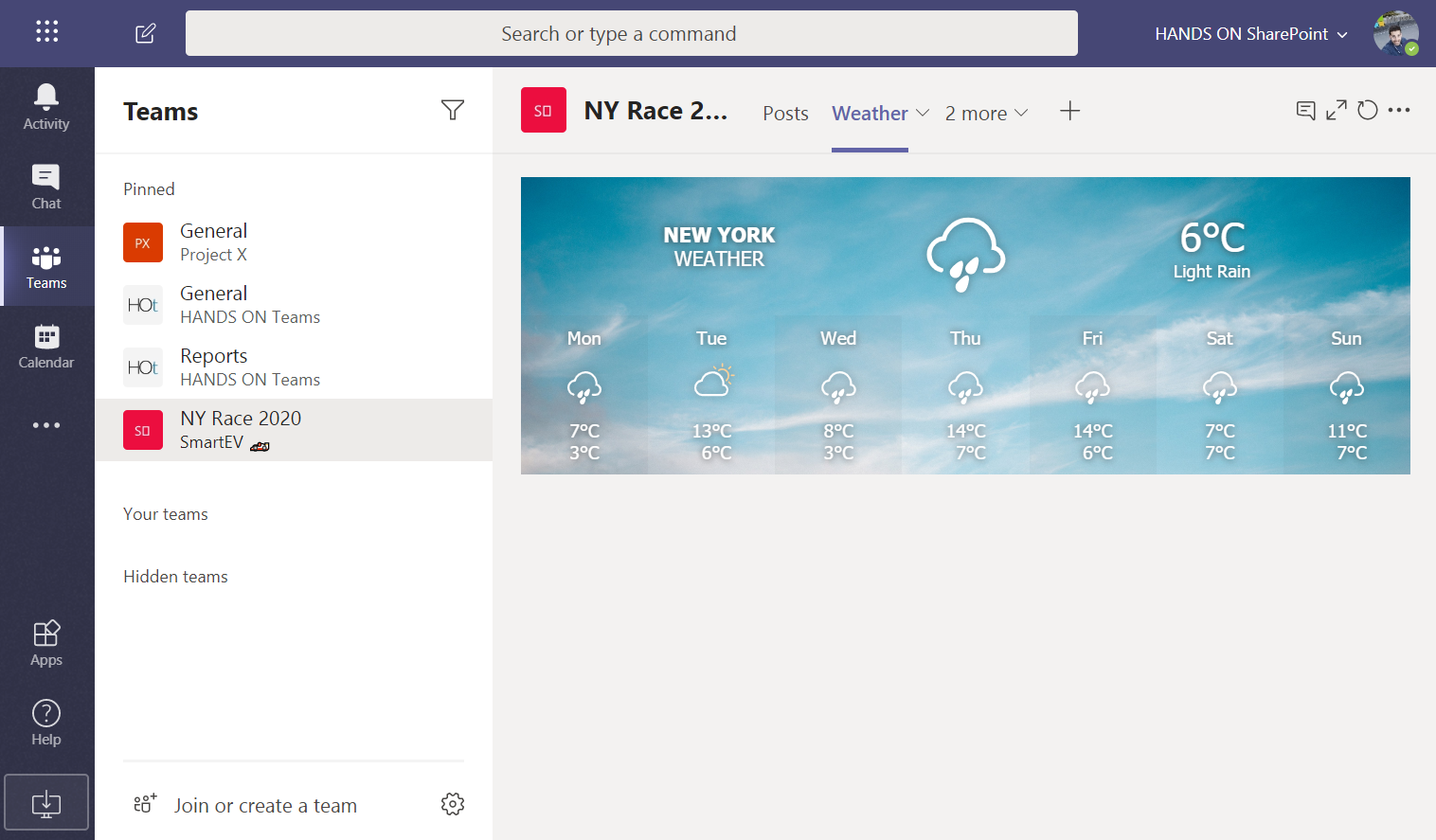